Summary of Accommodation:
• Up to seven berths in owner’s cabin forward, twin aft cabins plus further crew cabin.
• Double master cabin forward.
• Two double cabins aft to port and starboard
• Forward and aft heads, each with heads and shower.
• Two bathrooms, each with hot and cold running water and a heads system.
• U shape galley with central console to starboard
• Saloon with u-shaped settee to port with folding table
• Chart table to starboard aft of galley 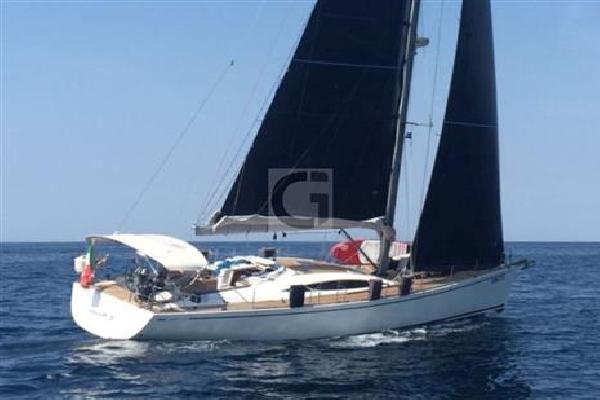