Grabau International is delighted to announce their successful sale of the 2008 Dudey Dix 43 HD ‘TANA VIKA’.

Aluminium-hulled ocean cruiser with extremely practical dog-house arrangement. Fully CE-certified and fitted out for long-distance liveaboard cruising with all the kit you wish for.

FURTHER BROKER’S COMMENTS:
Having specified their beloved TANA VIKA to enable them to explore the world with and having done a great deal of what they had planned, the sellers have sadly decided for personal reasons to now curtail their plans and allow her next owners to enjoy theirs with this wonderful boat.

TANA VIKA comes from the renowned award-winning US based drawing board of Dudley Dix and was created by Nereide Yachting of the Czech Republic; a company known for its experience in the build of aluminium hulled boats for approximately 30 years. With these two great brands along with input from her owners, TANA VIKA, which is Part One British Registered and also now category ‘A’ CE compliant, makes for a fantastic comfortable yet manageable long-distance cruising yacht able to be handled by a couple but with space for family and friends to join along the way. She’s designed to go pretty much anywhere including Antarctica.

To date, TANA VIKA has been extensively cruised from the UK across the Atlantic to the Caribbean and the US Eastern Seaboard to Newfoundland, she then returned to the Caribbean before passing through the Panama Canal, onto Costa Rica, Ecuador and the Galapagos, before crossing the Pacific to the East Coast of Australia and from there, continued to Indonesia and Malaysia where she now lies waiting for her second owner for more adventures.

She has had many updates and general maintenance carried out since she was launched, which amongst other things include; having had her wire standing rigging replaced in November 2017 along with her rig being checked over at the same time whilst in Australia, many of her electronics updated, replaced engine start battery, the boat being retrospectively approved for CE compliance category ‘A’, a furling Code-0 added and the replaced main sail and genoa were replaced in 2012 and subsequently valeted in 2018. With these amongst other updates and general maintenance combined with a comprehensive cruising specification which also includes; a water maker, solar and wind generation, Hydravane self-steering, in-boom furling main sail, roller furling genoa and Code-0 combined with a very strong aluminium construction, which has, as already described, seen her current owners enjoy many thousands of miles of lifetime memories from exploring many far-flung parts of the world, she would now make a great tried and tested boat for her next lucky owners to do the same.

“Tana Vika is a 10-year-old, truly go anywhere, 43ft aluminium sailing vessel with an integral hard dodger with standing headroom under and full wet central heating. She is a DIX43HD, from the board of Designer Dudley Dix. She is ice capable, if one wants, and we can vouch for force 10+ in the gulf stream, which caused havoc with lesser boats.
She has a very large fridge and freezer (separate compressors), a Spectra watermaker, carries 30kg of gas and has sufficient storage for two to last up to 4 months, or more, away from supplies. We do not carry a generator – solar and wind run the boat for all bar those few still and totally overcast days a year. The Hydrovane looks after where we go and she is easily sailed by one/two people.
She offers a unique opportunity to someone who wants to venture way away.”
DESIGNER’S BACKGROUND:
“Born 1949, I began my professional life as a Quantity Surveyor but retrained for yacht design through Westlawn School of Yacht Design, now Westlawn Institute of Technology. I drew my first design in 1973 and built it, a 15ft sailing beach catamaran. I have designed professionally since winning the 1979 Cruising World Design Competition as an amateur with my CW975 design.
I don’t lock myself up in theory but regularly test my own concepts by building them. During the ’70s I began with designing and making surfboards for myself and friends. A unrehabilitated beachbum at heart, I surf whenever I can.

Boats which I have built are a few dinghies, the 15ft catamaran and 3 offshore yachts of 34-38ft. First of the big boats was a modified van de Stadt design, which sparked my interest in boat design and was the reason for my enrolment with Westlawn. Second was “Concept Won” to my award-winning CW975 design. The most recent big boat was “Black Cat”, prototype of the DIDI 38 performance cruiser racer, which I built to test new construction methods for plywood boats which I was developing. The result is a strong, light, speedy and economical method of building a round bilge boat mainly from sheet material. My next build project was the Paper Jet, a high-performance plywood sailing skiff with trapeze and asymmetrical spinnaker. Although I intended it as a trainer for two teenagers, I sail mine single-handed.
I have a strong reputation for designing practical concepts, probably arising out of my own boat building experiences and a dislike for things which are over-complicated. I have a wide range of designs drawn primarily with the amateur builder in mind but suitable also for professional custom builders. These are mostly for plywood or steel, the materials most often chosen by amateur builders. I also have designs suited for GRP production either as custom one-off boats or for series building from a mould, in sizes from 8ft to over 60ft.
The son of a provincial Flying Dutchman champion, I have sailed since I was a toddler and get onto the water as often as possible. Having been active in offshore racing in South Africa since the mid-70s, I have sailed in most of the major offshore races around the country. I have sailed across the South Atlantic 4 times, once double-handed and the others in crewed racing mode.

I was deeply involved in sailing management for a few years, serving for many years on the sailing committee of Hout Bay Yacht Club and on regional and national committees of the Cruising Asociation of South Africa and South African Sailing. The last 2 years of this period I was Chairman of CASA and on the Council of SAS.
My designs are carefully detailed so that builders seldom need to ask questions. Buying a set of plans also includes for backup support throughout construction, via email, fax. telephone or letter. If you have a question, it will be answered.

In January 2004 we moved from South Africa to USA. We now live in Virginia Beach, on the Southern side of the mouth of Chesapeake Bay and part of the Hampton Roads area. Here I continue to sail my Argie 15 dinghy and Paper Jet skiff on local waters and have sailed in the Great Chesapeake Bay Schooner Race regularly on boats of my own design. I also surf the beaches of Virginia and North Carolina between Chesapeake Bay and Cape Hatteras. I am happiest when I am on or in the water.”

The company NEREIDE YACHTING was founded in 1993 and today production team benefits from a long practice in boat and shipbuilding, gained in Czech Shipyards in Prague. Thanks to approximately 30 years experience we introduced modern technology from the start and produced the first aluminium hull in Czech republic in 1994.

We specialize in custom production aluminium and steel pleasure craft ranging from 8 to 20 meters in length and have produced to date several dozens of sailing yachts for our customers all over Europe. yachts are built according to the drawings of famous designers and delivered in various stages of finish from bare hull to ready-to-sail outfitting.

Yachting Ltd. is located at favourable construction site on North-East border of Prague, near the Kbely airport. This helps to make a close relationship with our customer at the start as well as during construction of the ship. 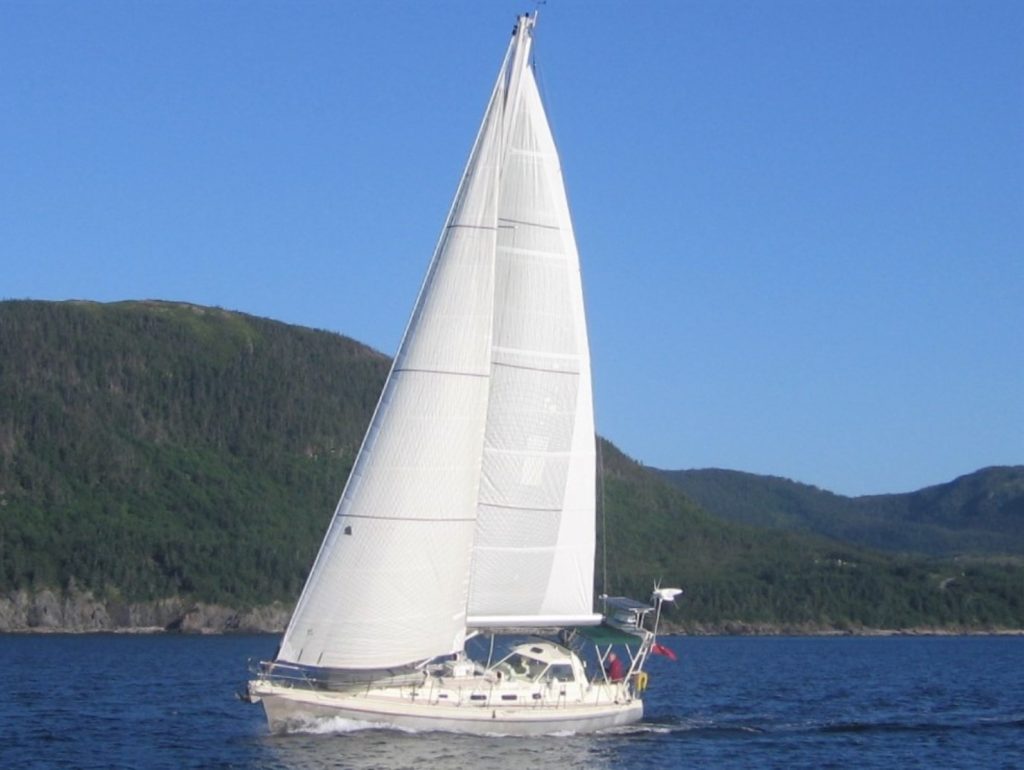 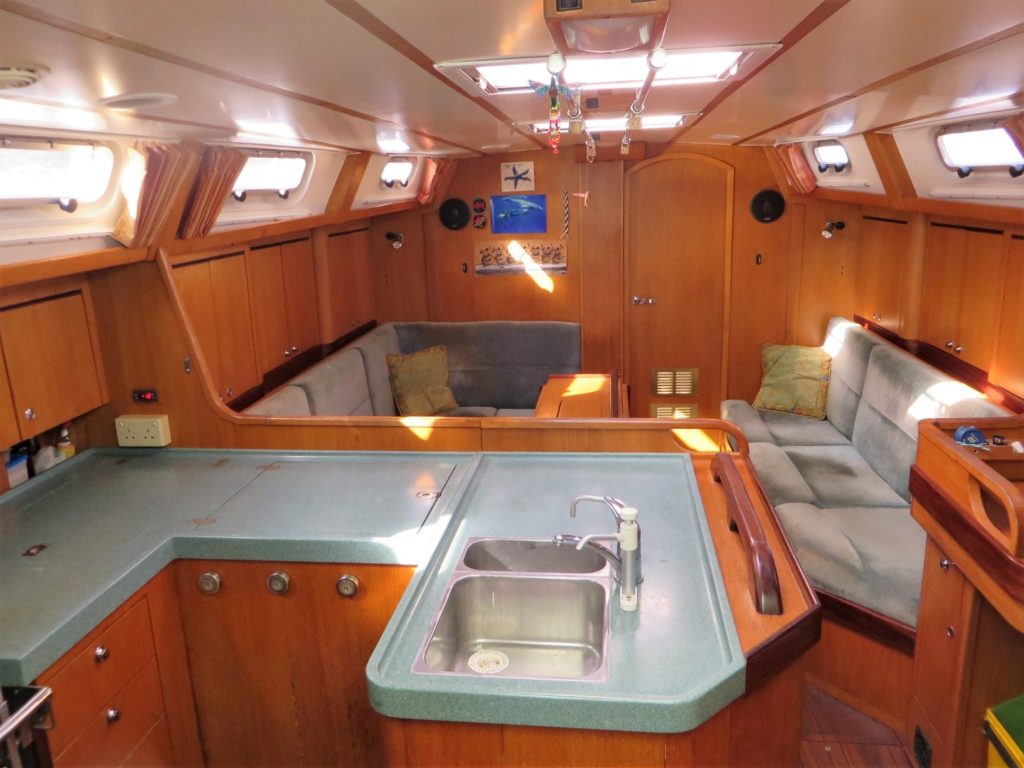 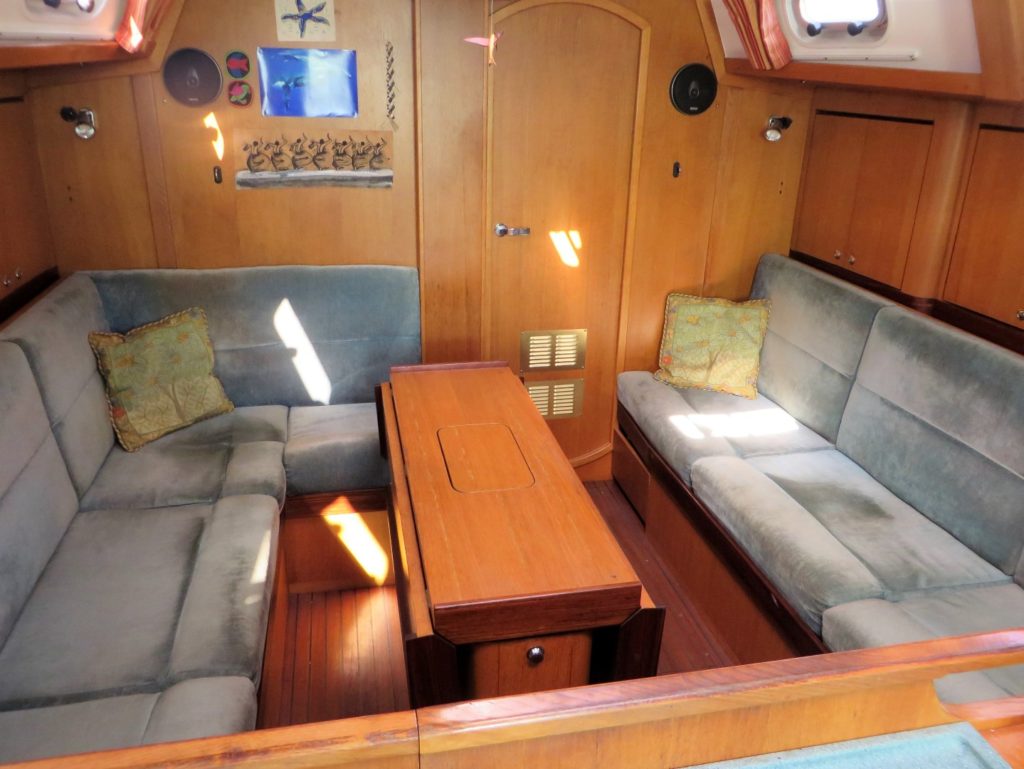 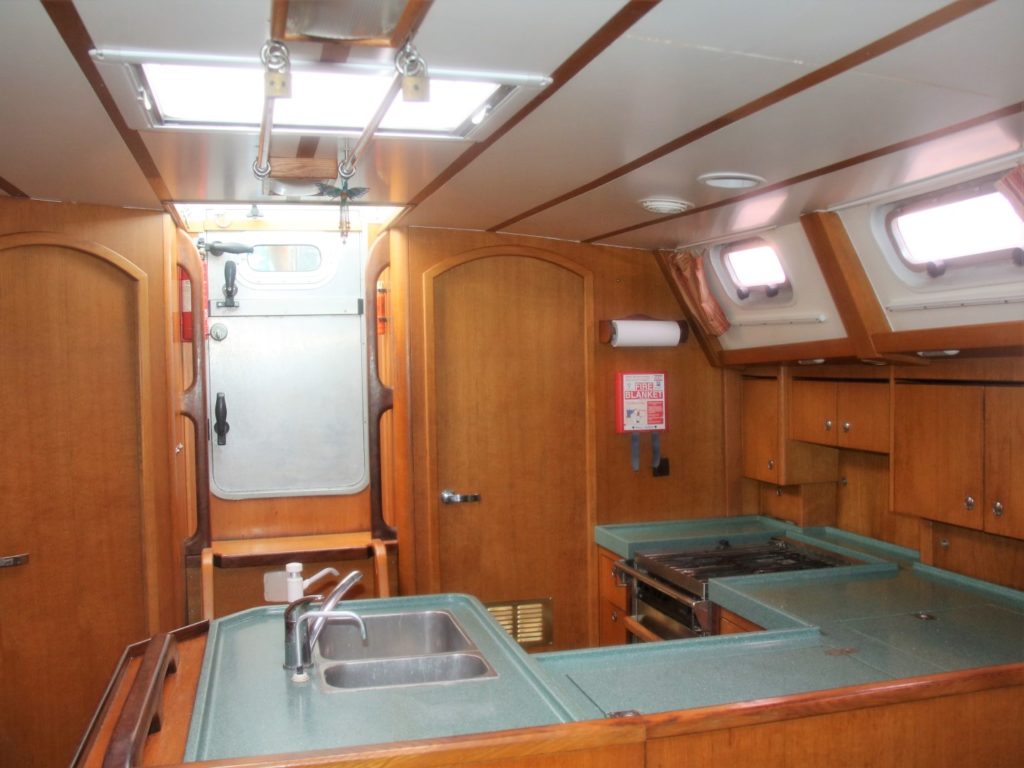 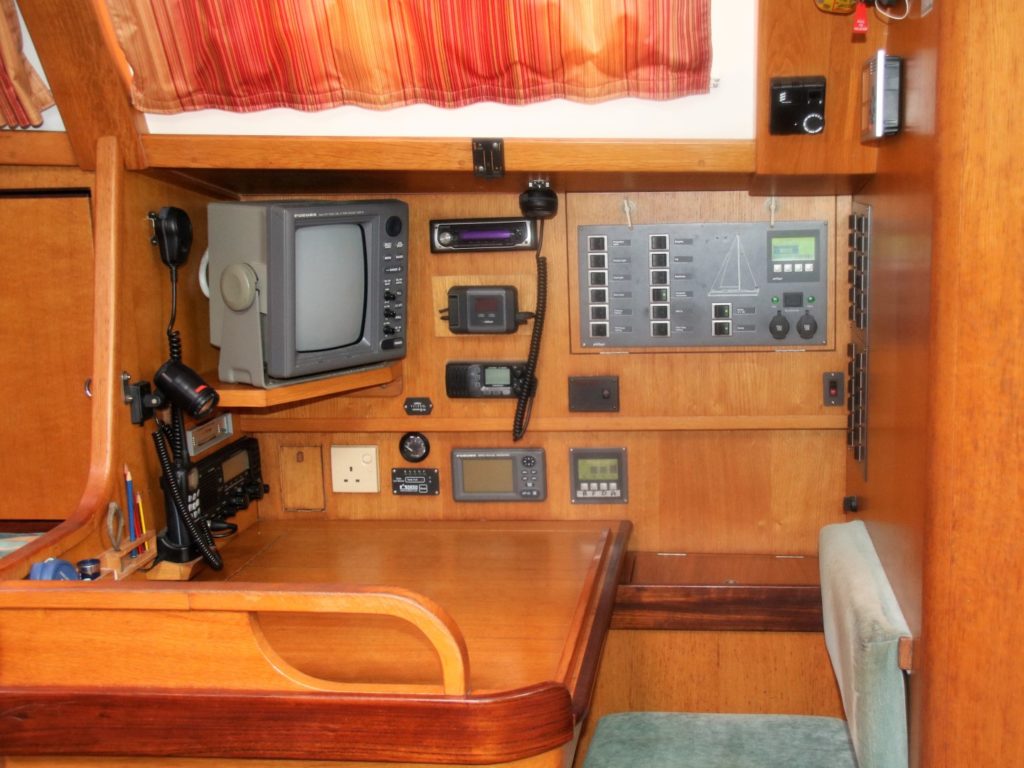 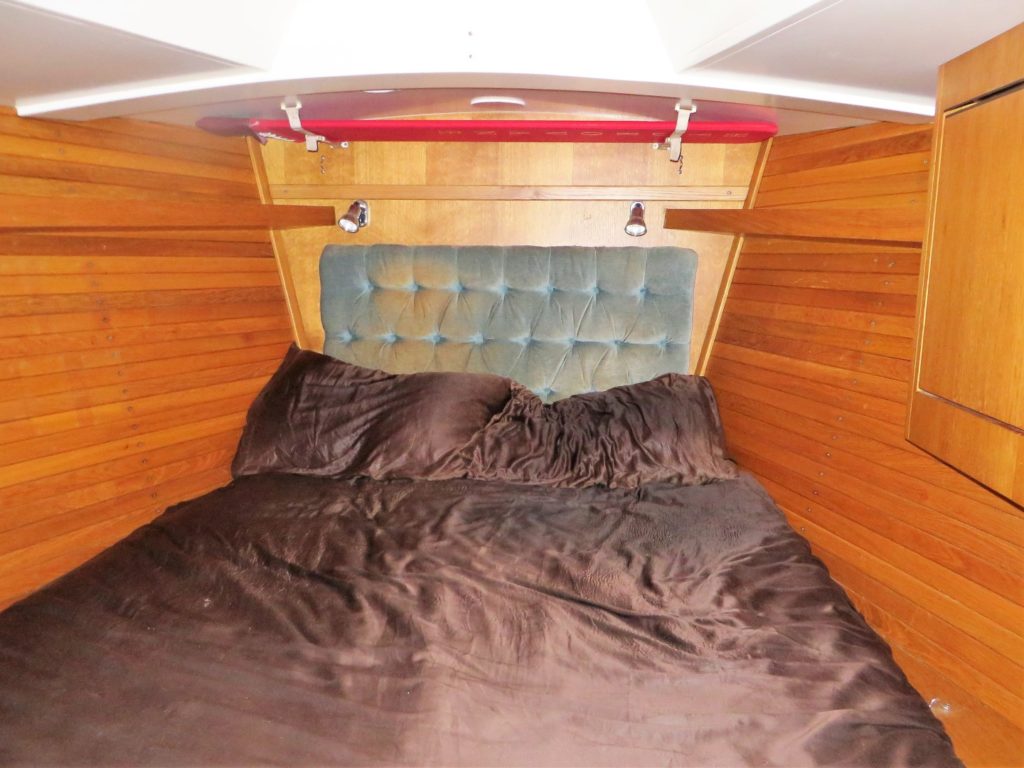 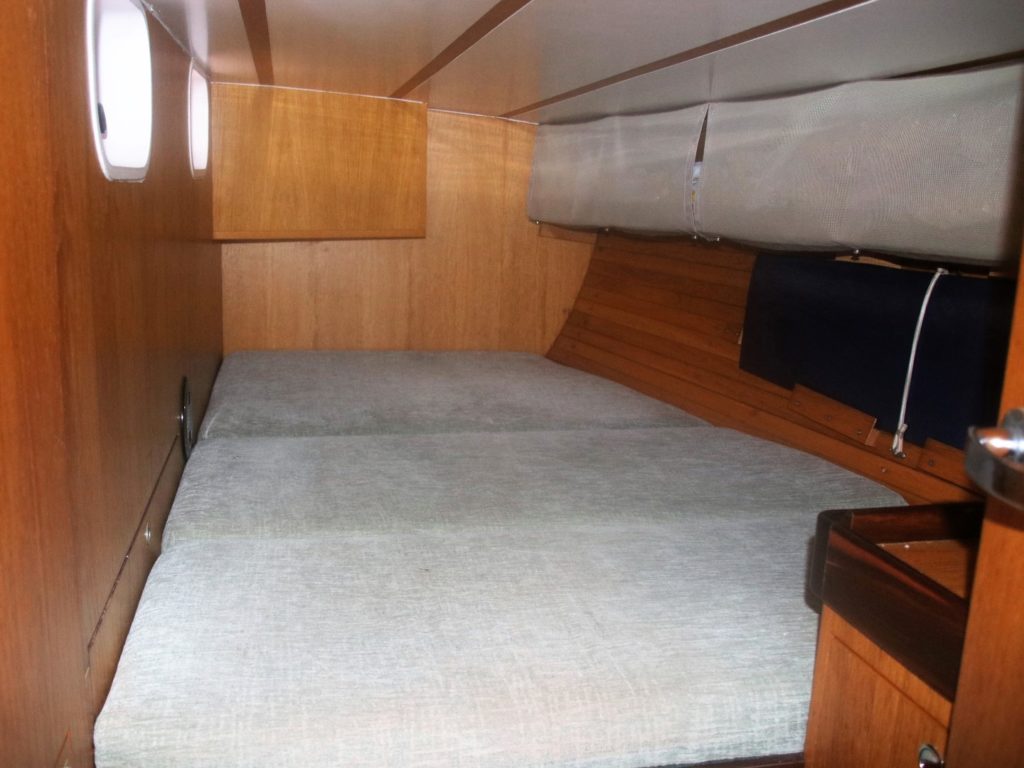 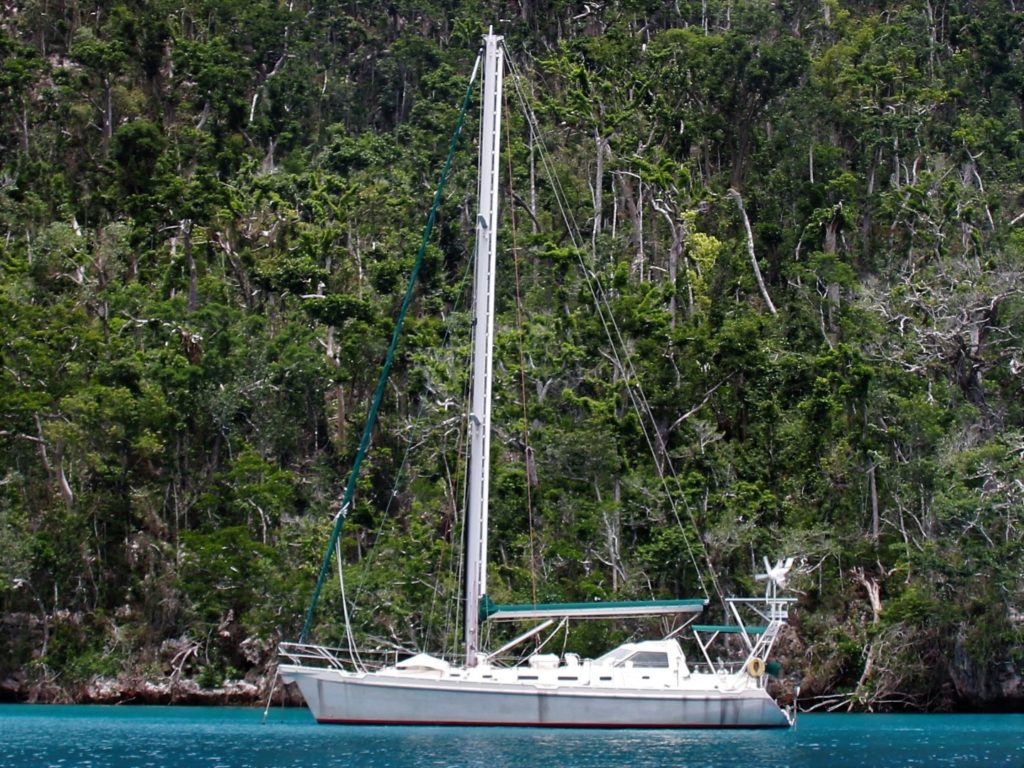 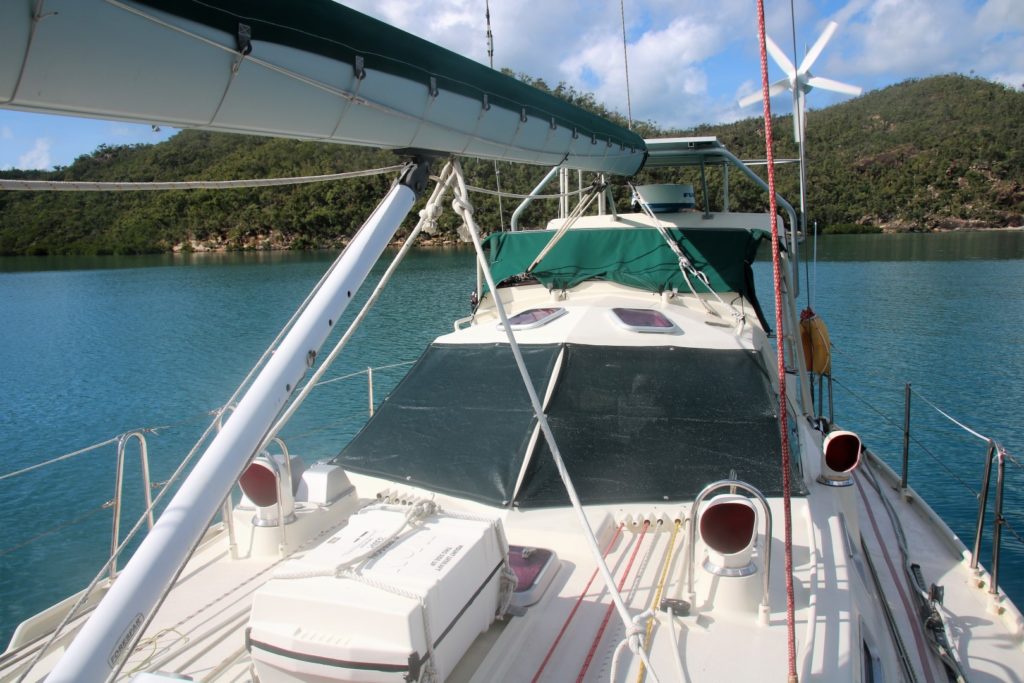 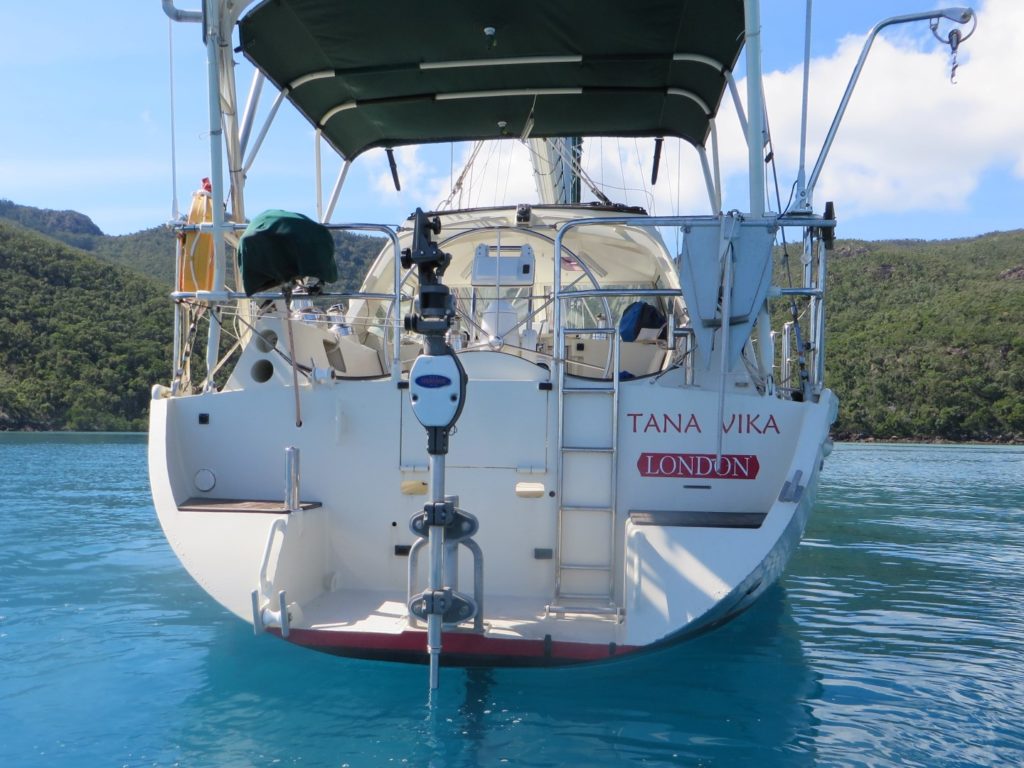 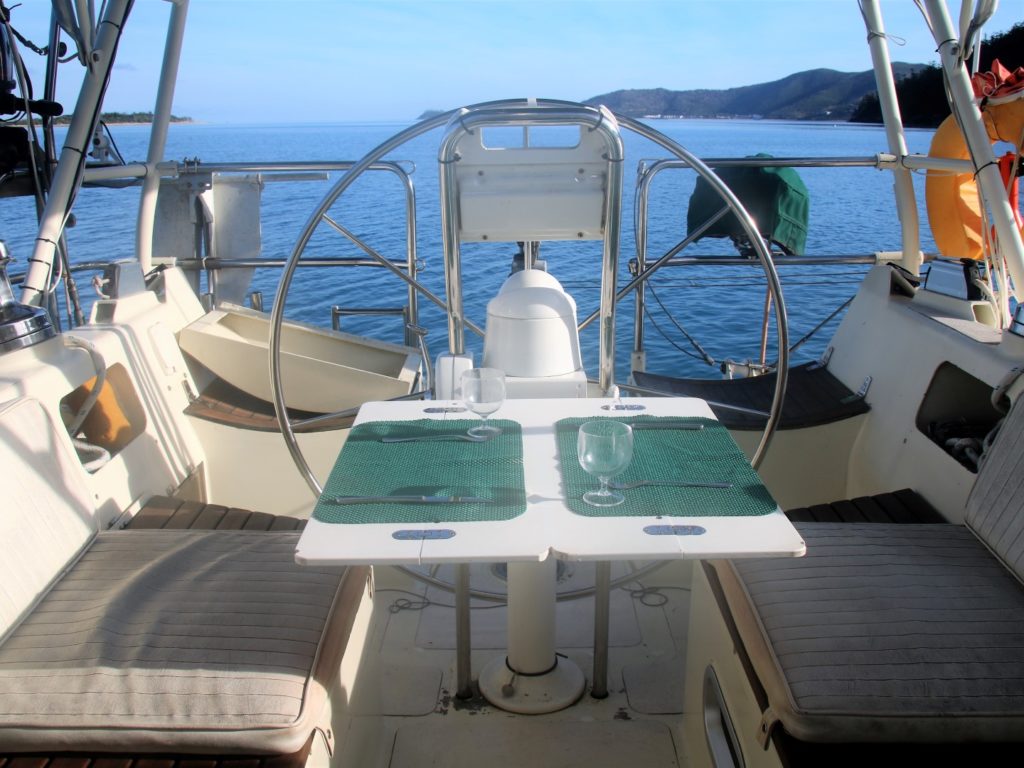 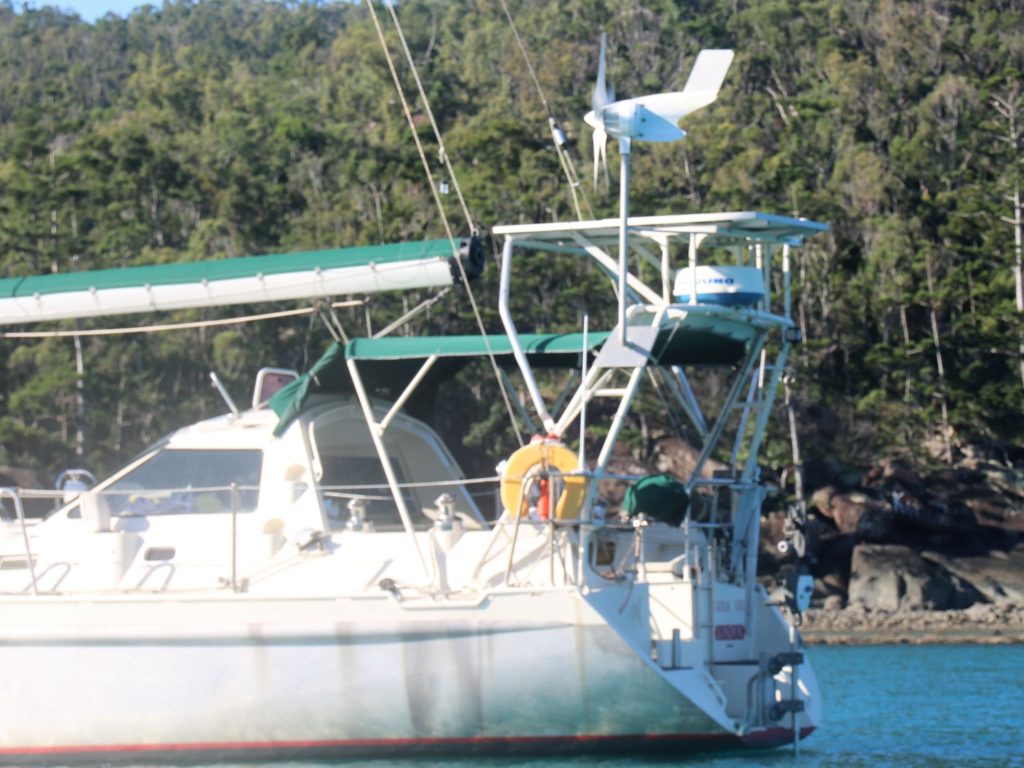 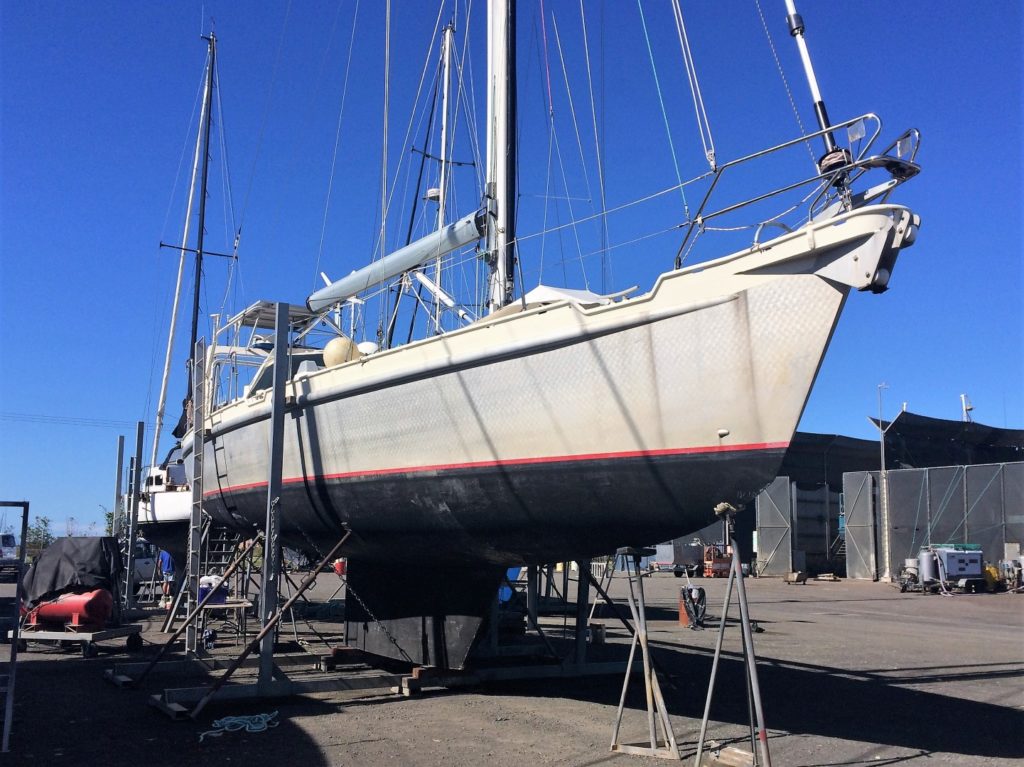 For those that missed out, Grabau International have a number of alternative options to consider including:- 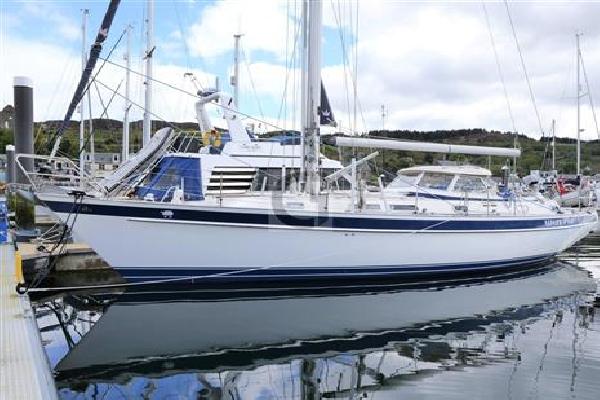 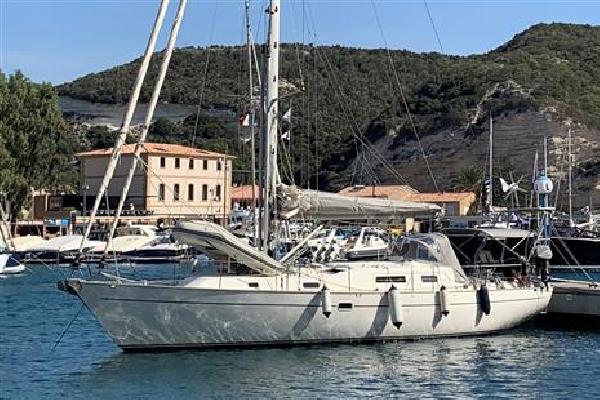 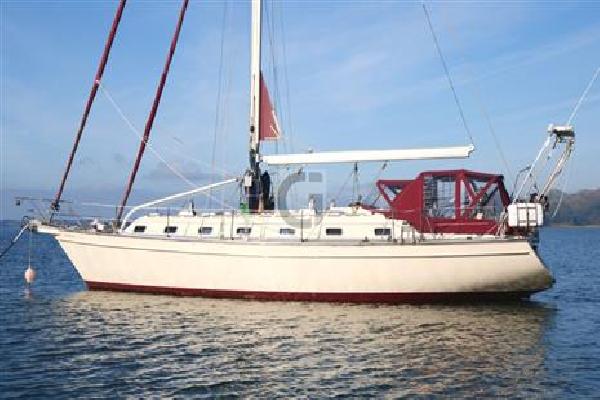 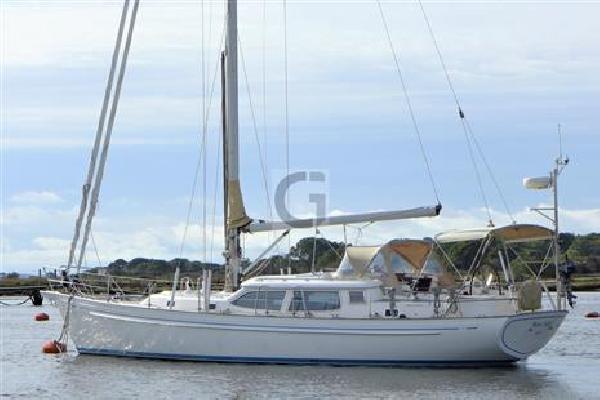 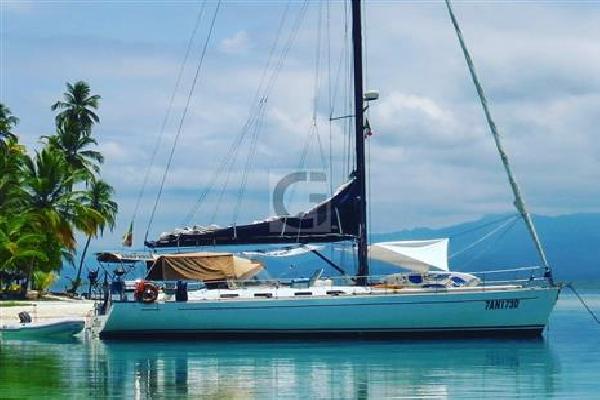 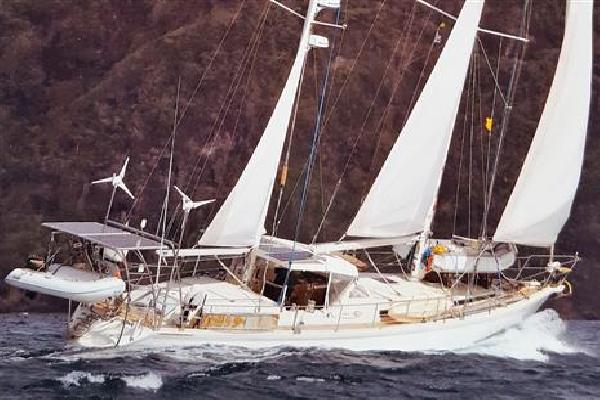 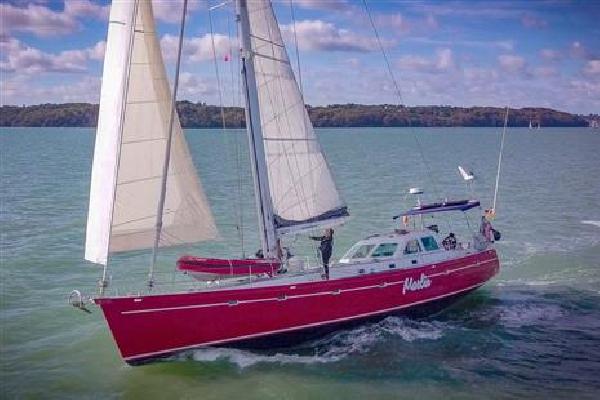 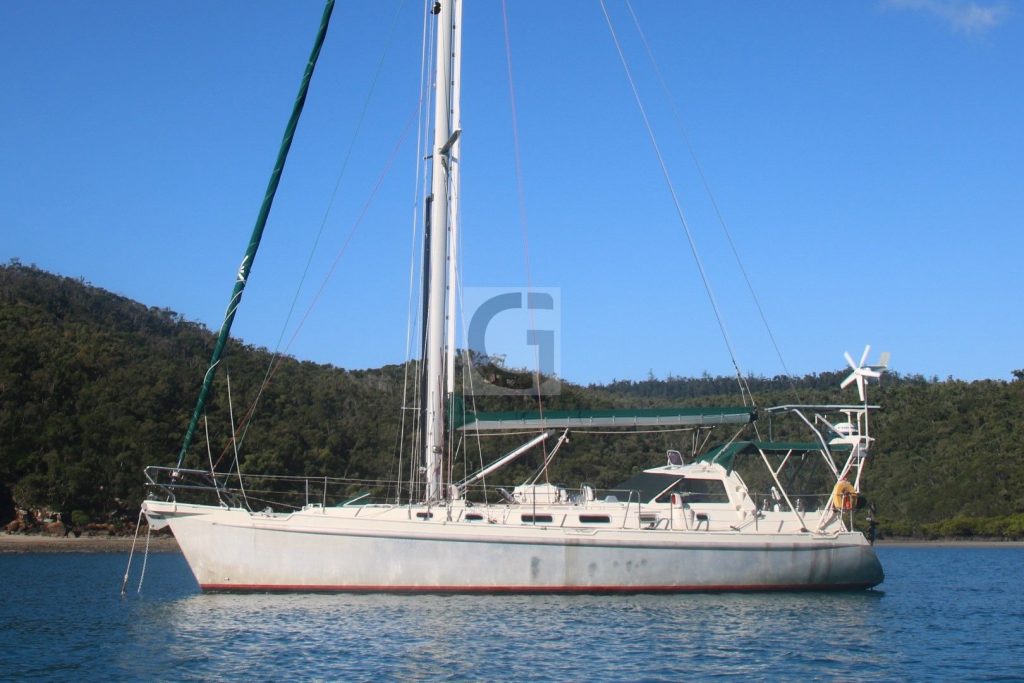