Grabau International is delighted to announce the sale of the 2020 Marell 900 DC Walkaround – M9 ‘PICKELS’.

Aluminium military-grade rocketship with twin Mercury 400R Racing outboards. Performance to the right side of 70 knots and bomb-proof build and all-weathers handling characteristics. Just one owner since new and very low hours run.

The Marell 900 DC Walkaround (now marketed as the M9) is the ultimate, ‘do it all, and do it in all weathers’ boat. With military patrol boat heritage, this Swedish-built aluminium-hulled speed-machine offers comfortable seating for 5-7 with additional overnight cuddy cabin accommodation. Powered by twin Mercury 400R racing outboards, her 800hp combined power outboard will easily push her towards 70 knots maximum speed with an effortless 35-50 knots cruise.

The navigation equipment and its layout are highly sophisticated with a central ergonomic helm together with easy access to all controls needed for high-speed driving and navigation. Various options of navigation systems and tactical solutions are offered. When driving at very high speeds in different sea conditions you must work actively with the engine control lever, the steering wheel, the jack plate power lift and engine trim at the same time as you must have full radar and plotter view. All these required functions and controls are ergonomically built in to the Marell 900 central helmsman position, unique in the market.

Roslagen, situated in the northern part of the Stockholm archipelago, has a long history of boat building, e.g., fishing boats, ferries, workboats and leisure boats. When Marinteknik Verkstads AB shipyard was launched, initially based in Östhammar and moved to Öregrund in 1973, they built boats for the local market while at the same time defining the standard globally for dynamically supported high-speed craft in aluminIum. It was the first yard in the world pioneering the use of special extrusions for making the vessels strong and light. This is the Marell Boats heritage.

When Patrik Söderholm, the founder and main designer of Marell boats, worked at the local Marinteknik shipyard, he gained vast experience in light craft aluminum boat building, both regarding light welding technologies and efficient hull production. The yard produced catamarans with symmetrical hulls and monohulls built in jig for highest quality and accuracy. During this period Patrik learnt how to design boats and the foundation was laid for his ways of working.

Patrik started his first own company in 1992, Marine Aluminiumtechnic, which later was transformed into Anytec, a well-recognized Nordic brand. The modern light fully welded aluminum boats for leisure use were developed, which at that time defined a new standard for this type of crafts in the Nordics. They were all strongly framed with longitudinals as a ship and made light with hard chines and sharp V in the front for best sea keeping.

When Anytec was sold to investors in 2002, Patrik started to work with other shipyards in the Nordics, Southeast Asia and South America, sharing his vast experience in high quality aluminium boatbuilding and at the same time gaining valuable knowledge from other boatbuilders around the world. During this period, he was heavily involved in the high-speed boat racing circuit, which later was introduced to his three sons. The family forms the team Marell Racing where the name Marell is a pun with the first letters in the name of his sons – Markus, Rasmus and Linus = MRL. The family collect a lot of trophies during their racing period and gain valuable knowledge in how to trim and shape the hulls and props for best speed and safe turns without capsizing.

The knowledge in design and aluminum boatbuilding has during the years been shared between other boatbuilders in the Roslagen area and around Sweden. When Marell Boats was founded in 2006 by Patrik Söderholm, he brought all his 25 years of experience of boatbuilding and racing with him into his new family business. He starts building boats entirely according to his own design thinking. He goes out on the water with his sons and together they test their way through, over and over again. He does not go to fairs. He does not read boat magazines. He is totally set on doing something that no one else has already done. The design is based on his experiences and his belief in what customers want.

This all has led up to the launch of Marell M7s and M9s 2016 with focus on the consumer market. The great success with the Marell center console boats with a centered steering position urged the company to develop larger boats based on same unique platform. 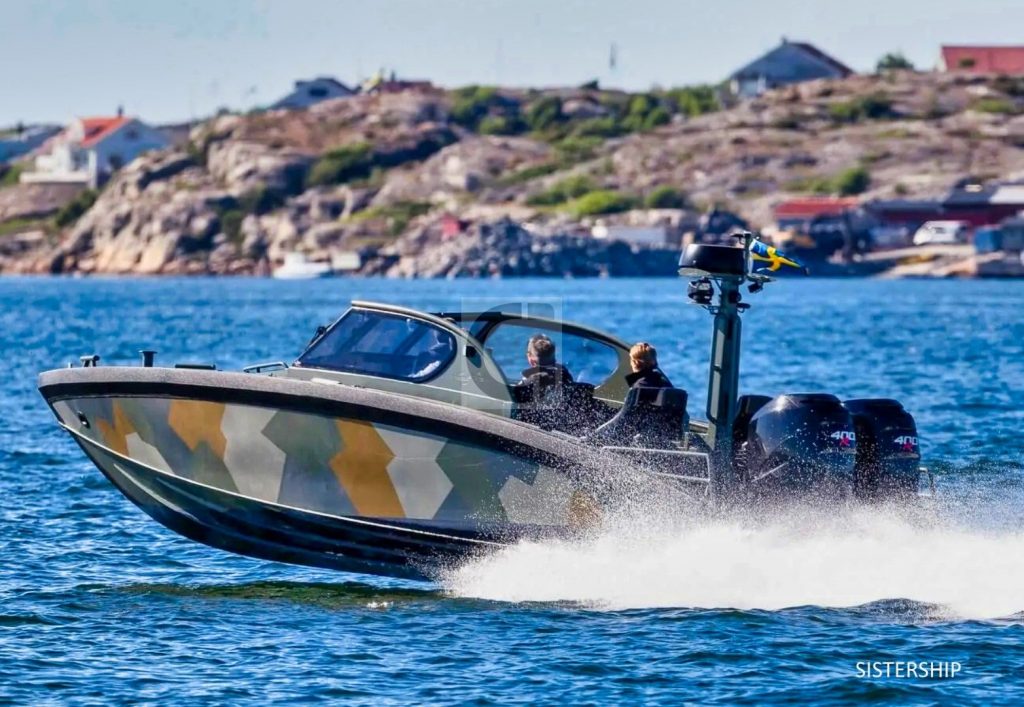 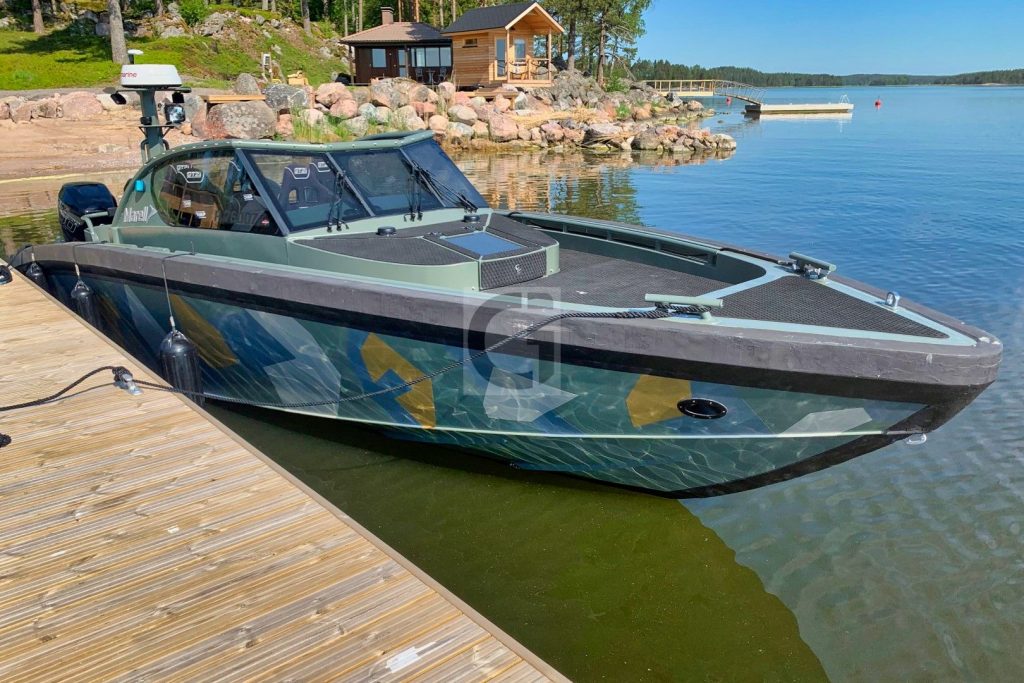 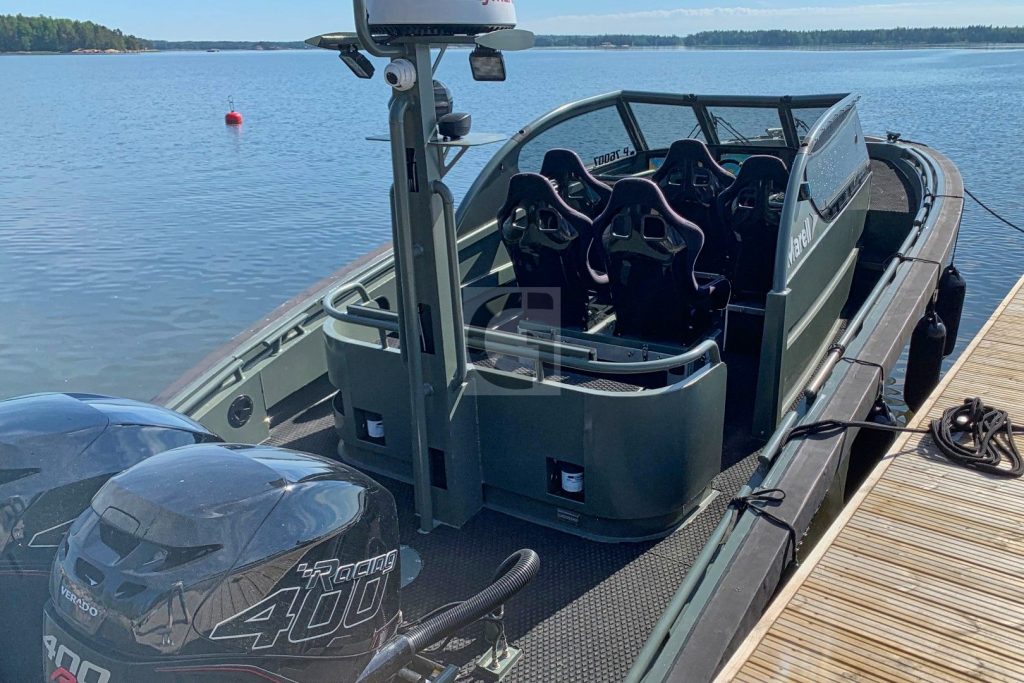 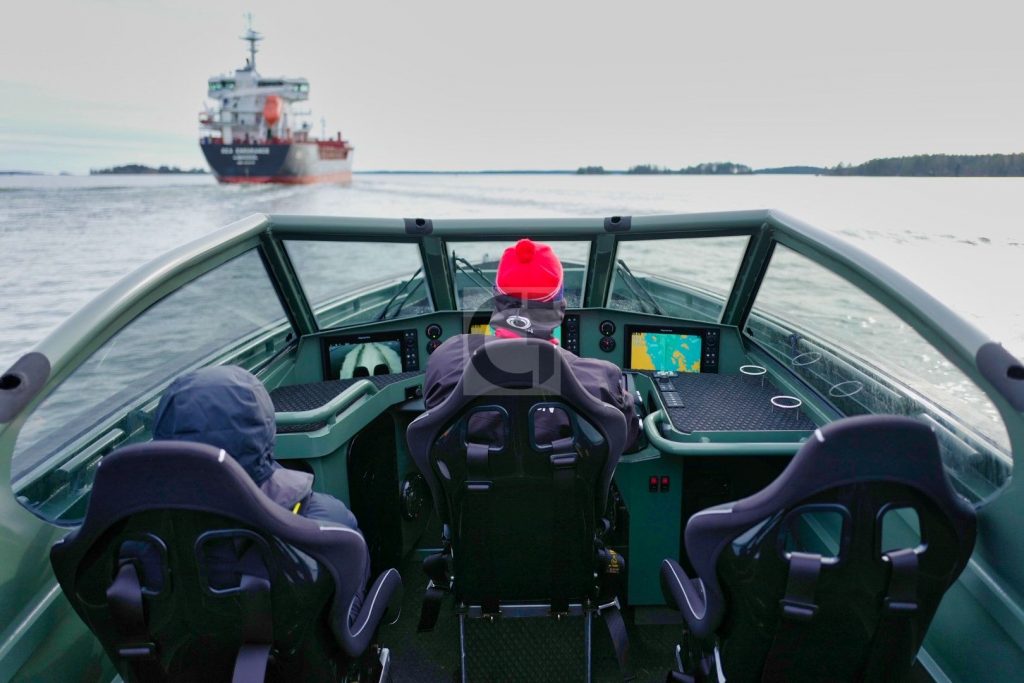 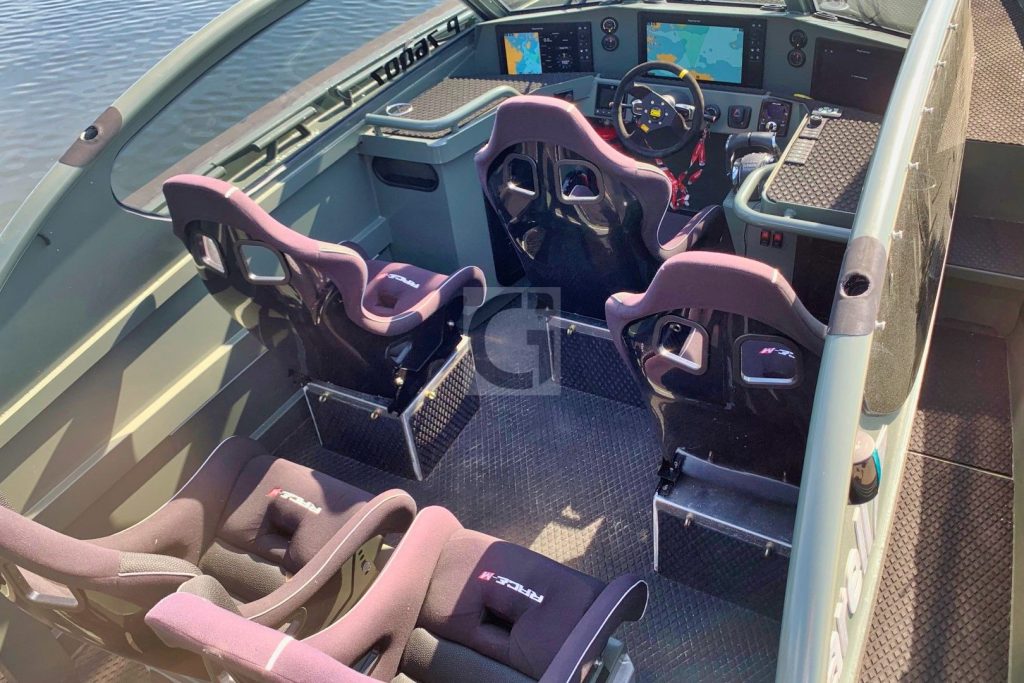 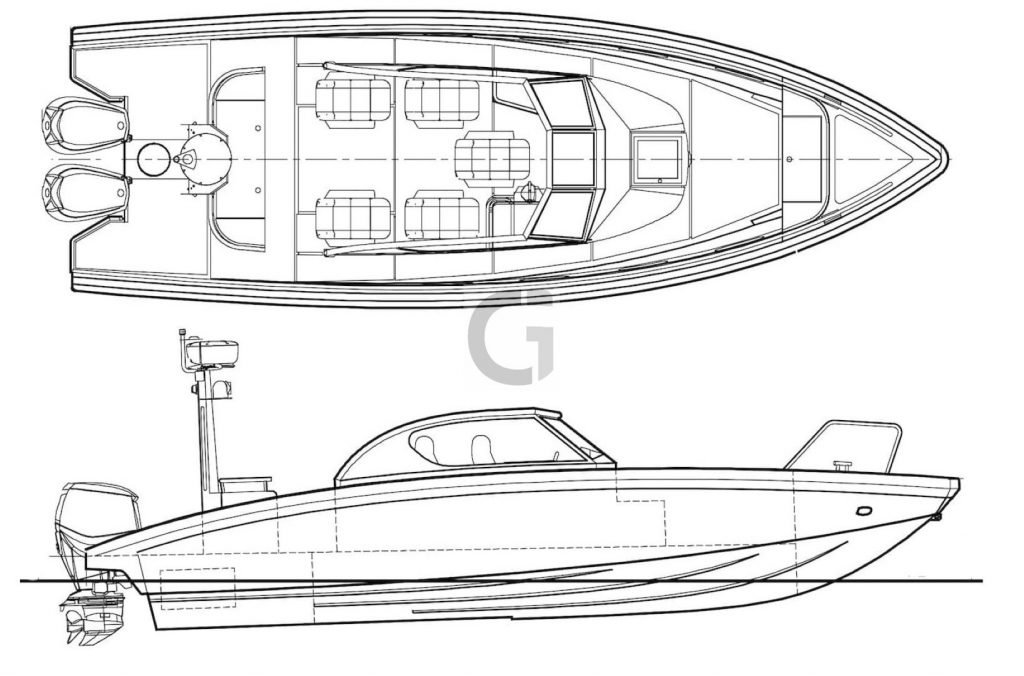 For those that missed out, Grabau International has a number of other similar yachts available for sale including: 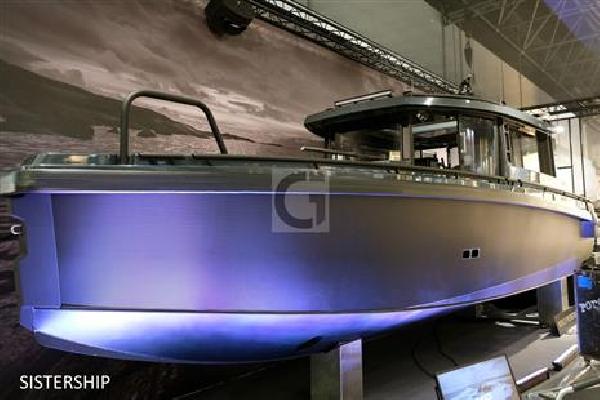 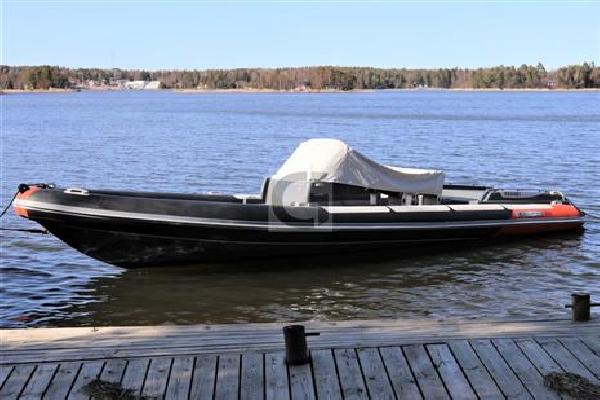 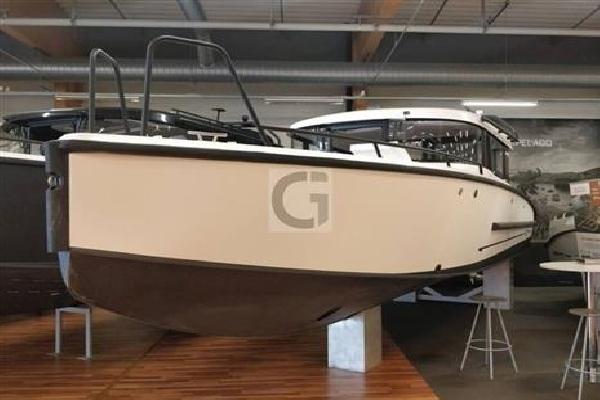 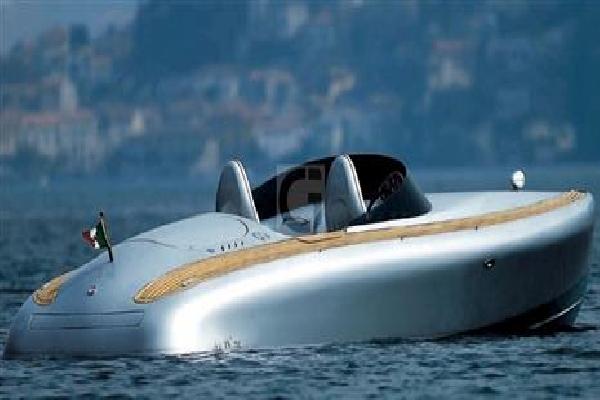 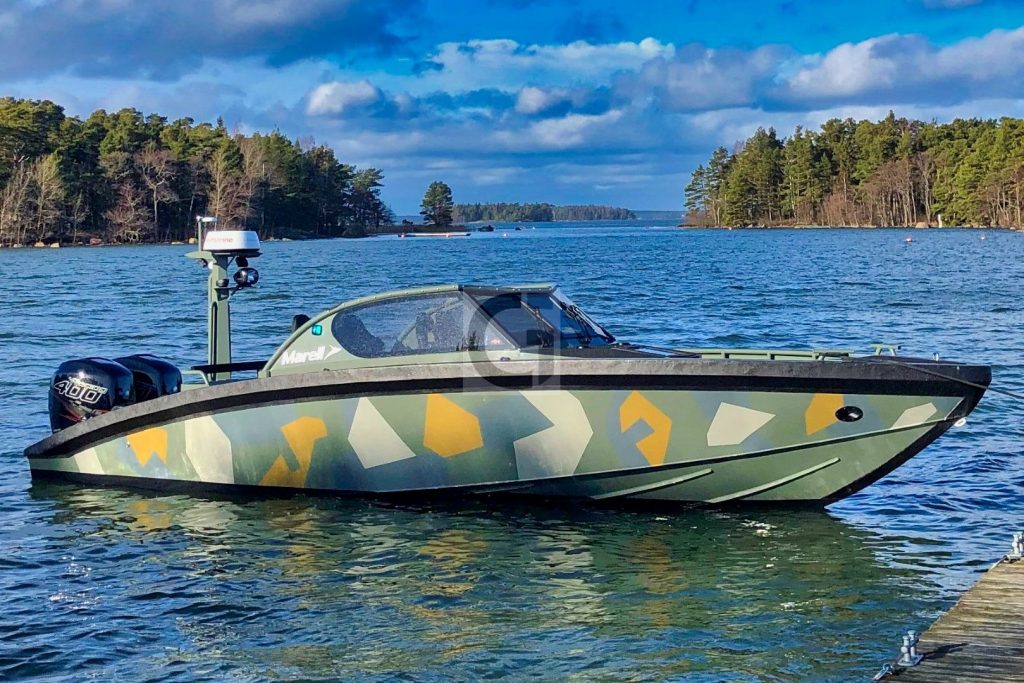