Grabau International is delighted to announce the price reduction of the 2003 Maxi Dolphin MD65 ‘KALAO’.

Form, function, and outright performance from the legendary Maxi Dolphin and Luca Brenta. About as Italian as Ferrari or parmesan, but with higher carbon content.

Launched in late 2003 as number two in a series of five semi-custom high-performance cruisers, KALAO, former MARIPOSA, has been well maintained since her launch. Whilst she is undoubtedly not short in the looks and style department, she is also a highly competitive cruiser-racer, as one of the MD65 scoring 3rd in the Mini-Maxi Worlds in 2010. Currently, under her third ownership configured for effortless short-handed fast cruising, she boasts an extremely high specification including:-

Mariposa, then TT Mean Machine, now is the second of the Maxi Dolphin semi-custom MD65 series from Luca Brenta and was launched in 2003.

Like for Only Lu, the first of the series, the construction accomplished under the sign of lightness, thanks to the use of state-of-the-art composite materials, the Sprint technology and the male mould allowed to keep the displacement of this 20-meter sailing yacht under 18 tons. The layout of the interiors of the Mariposa features, starting from the prow, the boat owner cabin with two low beds on the sides, the open space living room with dining and lounge area, kitchen and chart table in the middle and, at stern, two cabins with twin beds also with private bathroom as the boat owner cabin.

The twin-bed crew cabin is located at the extreme prow. Under the large space at stern of the two posts of the steersman, there is a large garage which can host a 3.80 meter custom tender. The garage is entered by lifting the stern transom.

“Beauty? It’s something that makes you feel good, therefore something very individual. To me it means order, harmony and sharing. No beautiful thing makes sense if you cannot share it with others”. With this vision, along with his passion for the sea, boats and nature, in 1987 Vittorio Moretti created the Maxi Dolphin boatyard. 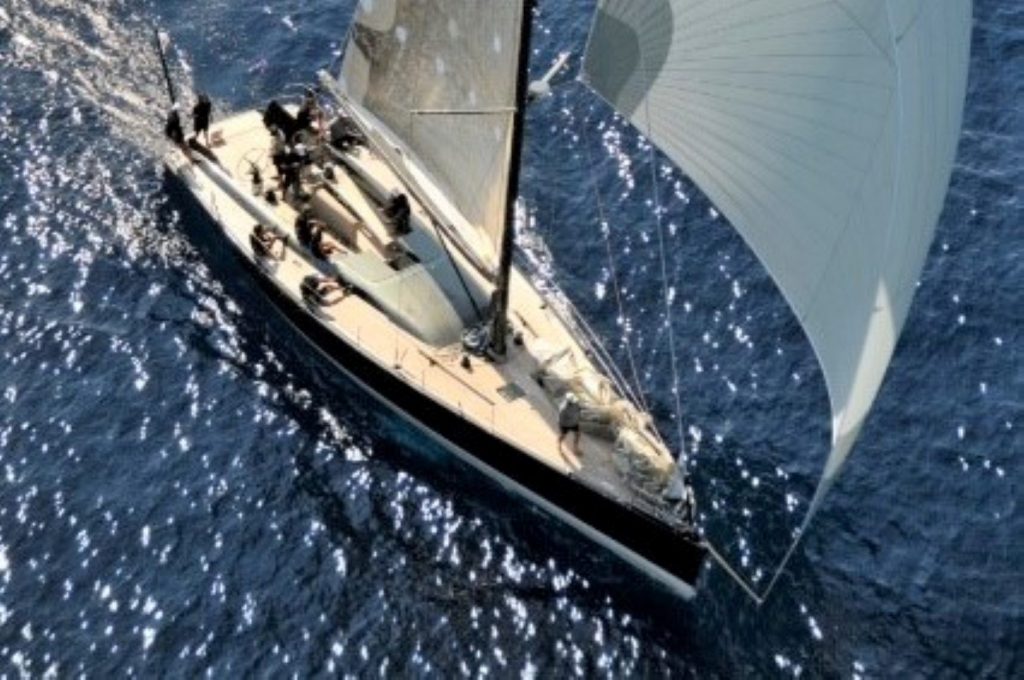